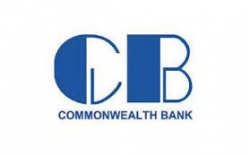 It is our sincere pleasure to share with you Commonwealth Bank’s history that underscores our five decades of unparalleled growth, financial accomplishments and tradition of service excellence, beginning with those very first modest steps on Wednesday, April 20th, 1960.

In the nineteen sixties, The Bahamas was enjoying a stable economic environment spurred by infrastructural development, modern construction projects, a burgeoning tourism market alongside direct foreign investment and an emerging international banking centre. Against this landscape of political transformation and monetary growth, a new financing venture unfolded with a simple philosophy – to become a financial partner to the working Bahamian. This was the origin of Commonwealth Bank Limited and it is a story that we are proud to share with you.

Conceived as a small consumer finance company by the late Sir Roland Symonette, The Bahamas’ first premier and his partner Peter Paul Saunders, former head of the Canadian Laurentide Financial Corporation, Commonwealth Industrial Bank began as a single desk operation with three employees. Bahamian Earle Sands was recruited as the first head of this new enterprise along with Lionel Albury and Juanita Grant. The Bank’s initial clients represented the accounts receivable, acquired from the Home Furniture Company. This new venture, which continued to operate as a subsidiary of Canadian-based Laurentide Financial Corporation Limited, quickly filled a financing void created by the big multinational banks; by making available an alternative avenue for the average Bahamian wage earner to have access to financing for furniture, home improvement, travel and other consumer needs.

Email me jobs from Commonwealth Bank