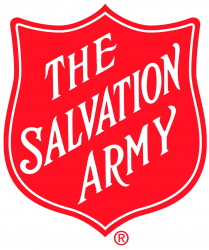 In 1931 Colonel Mary Booth, then territorial commander for The Salvation Army in the Caribbean, was on her way to Bermuda from the territorial headquarters in Jamaica when the ship she was sailing in made a brief stop at the port in Nassau.   Colonel Booth disembarked the vessel, and a quick tour of parts of Nassau coupled with passionate pleas from several of the local residents were all it took for her to be convinced that the work of The Salvation Army was needed in The Bahamas.   On her return to headquarters in Jamaica, she quickly sent two Salvation Army officers to begin the work, which officially commenced in Nassau in May 1931.  The Salvation Army began its religious work and social service programs in Governors Harbour, Eleuthera, in 1932, and in Freeport, Grand Bahama, in 1985.

The Salvation Army in The Bahamas is widely known for its work with the blind and visually impaired.  The School for the Blind has its beginnings in Grants Town in 1948 and the Workshop for blind adults began a year later.  Both the school and workshop have had several locations over the years before settling at their current locations on Mackey Street and Ivanhoe Road, respectively