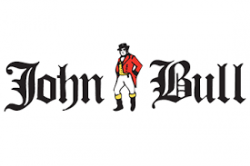 The year 1929 was a time of depression when the Stock Market fell and the Bahamas experienced its worst hurricane ever, certainly not a time to start a business.  Nevertheless, it was during this time that Sir Asa Pritchard opened an Old English Tobacco House – “John Bull”.

John Bull Tobacconist prospered, catering to local residents and tourists until World War II when the Tourism Industry diminished and the armed forces became Nassau’s guests.  The Bahamas was proud to have His Royal Highness the Duke of Windsor and His Duchess residing at Government House

Email me jobs from John Bull